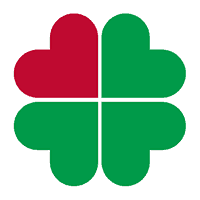 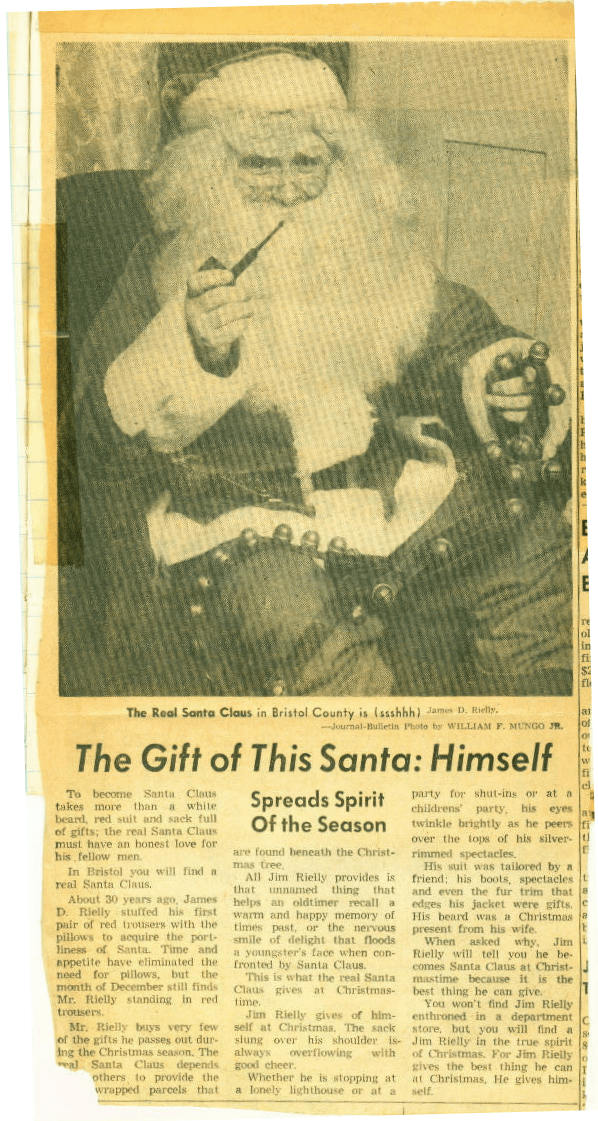 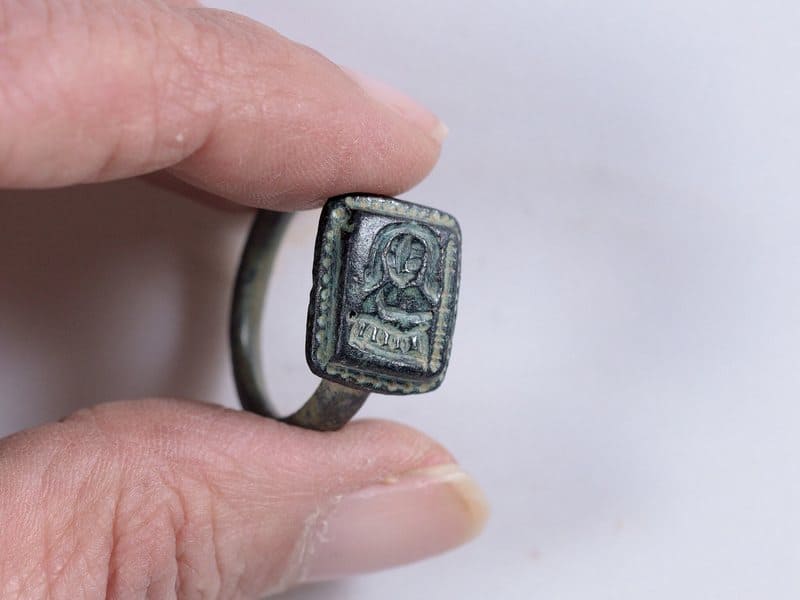 During the Middle Ages, it was not uncommon for wearers to don multiple rings, each signaling a different aspect of identity, from social class to political affiliation.

“This special ring is amazingly well preserved and will contribute a great deal to science,” she explained, in a statement. “On the ring is the image of a bald man with a staff next to him. On preliminary examination, this seems to be St. Nicholas holding a bishop’s crook – his hallmark.”

Christian pilgrims to the Land of Israel from all over the Byzantine Empire (Turkey, the Balkans, Greece and present-day Russia) would carry his icon to protect them from harm. It is probable that the ring belonged to a pilgrim who sought the protection of St. Nicholas on his travels. 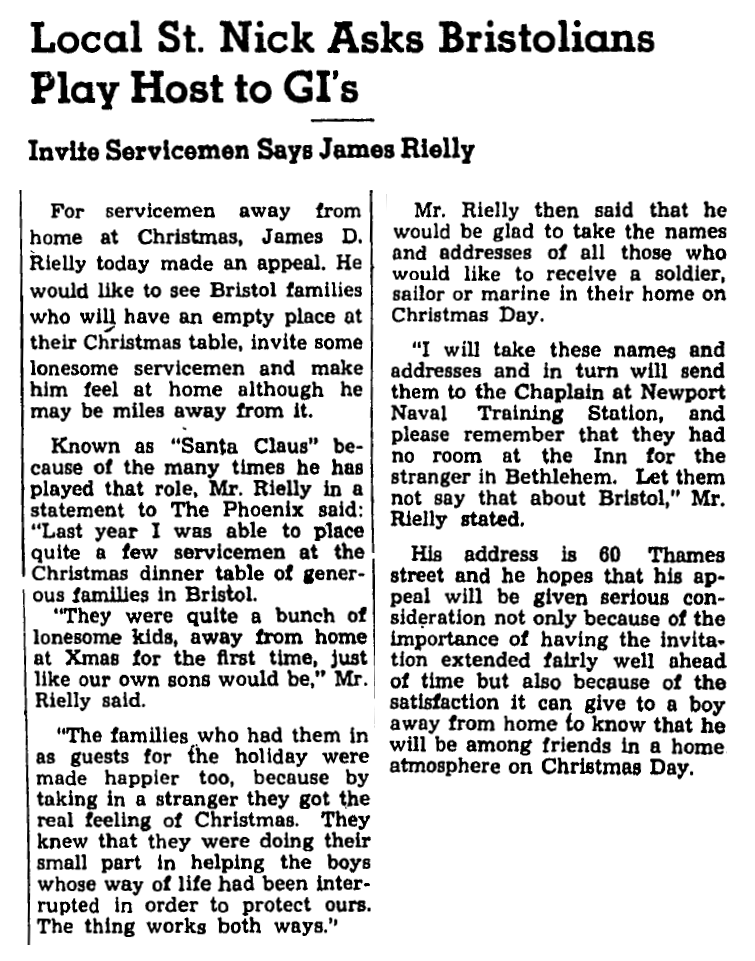 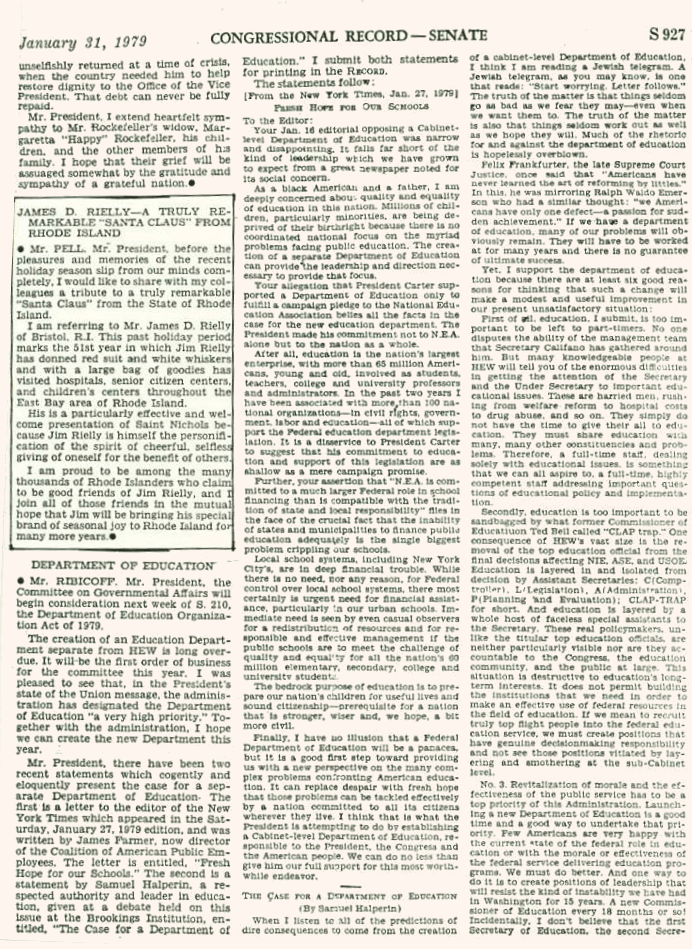 A big thank you to Bristol Town Administrator Steven Contente and the Bristol Department of Public Works for repairs to Jim Rielly’s bench in Rockwell Park.

James D. “Jimmy” Rielly’s career as Rhode Island’s most recognizable Santa Claus spanned over 60 years. He began his Santa Claus career in 1927 at the age of 19 at an abandoned chicken coop where several underprivileged children had made their home.
END_OF_DOCUMENT_TOKEN_TO_BE_REPLACED

Join our mailing list for the latest information on events, fundraisers and ways you can help us make a difference!

Thank you for subscribing!

We respect your privacy and take protecting it seriously.